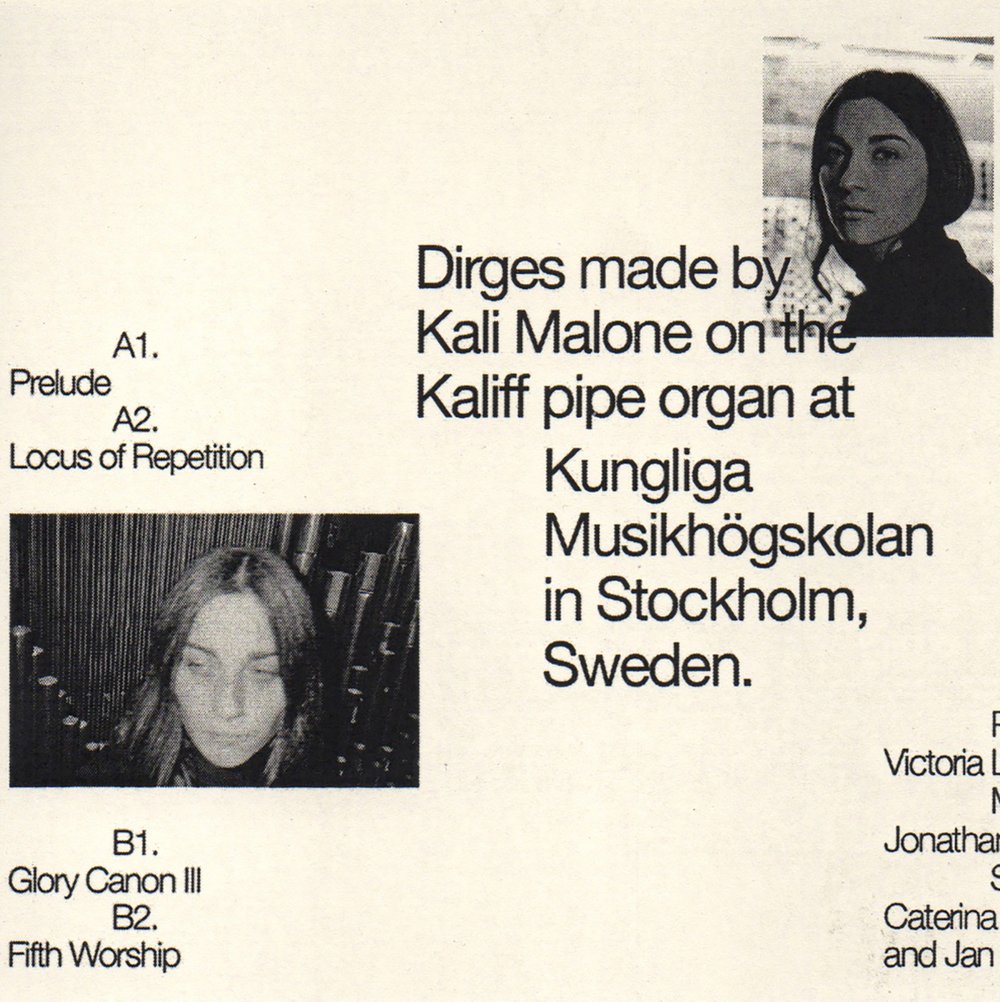 Kali Malone’s “Organ Dirges 2016 - 2017" is a collection of isorhythmic canons following the tradition of pipe organ requiems found in early modern music. Malone’s purified organ dirges echo embodied recollections of the piercing numbness of those battled encounters when the armours were stripped down, left with nothing other than will power, yet still standing upright as the columns of Sounion. The soothing and perceptive harmonies resonate to a presence that leans elegantly towards a courageous aftermath and a gleaming salutation. While the dirges themselves have minimal melodic and rhythmic variation, they appear in constant cyclical motion, revealing their refracted selves in a coherent yet unpredictable manner; like a rotating wheel where all spokes are perceptible but at any given moment in a different place.

Kali Malone (b. 1994, Colorado) is an American artist living and working in Stockholm, Sweden since 2012. Her solo works implement unique tuning systems in minimalist form for analog and digital synthesis often combined with acoustic instrumentation - such as pipe organ, string and wind instruments, lute and gong. Malone’s 2017 debut LP “Velocity of Sleep” was released on her own label XKatedral following tape releases put out by Ascetic House, Bleak Environment and Total Black. She is active in the groups Sorrowing Christ, Swap Babies, Upper Glossa with Caterina Barbieri. Her sophomore LP “Cast of Mind” is due spring 2018.

MADE BY COLLECTIVE ORDER
ASCETIC HOUSE
201∞